Perth Amboy Artworks recently produced five Catch Basin Murals for Earth Day. I sent out an email promoting our project and got a response from Sen. James Kennedy saying “very cool.” That is a real compliment, coming from a former mayor and leader of the NJ Creative Placemaking movement, who used arts to drive the successful revitalization of Rahway.

Catch basin mural projects have been used across the US. and are considered by Bloomberg Philanthropies as an innovative public art intervention using public infrastructure. In Perth Amboy, the Catch Basin Murals are quality works of art painted in high-profile locations on city stormwater infrastructure. The projects not only supported local arts and beautified the city, but also raised awareness about flooding and recruited residents to volunteer to keep the catch basin free of debris that can block drainage.

The talented local and regional NJ mural artists who participated put a spotlight on Perth Amboy. One resident said, “Perth Amboy look at you!” The artwork included a mermaid in the style of Mondrian, an Octopus grabbing water bottles out of a storm drain, an abstract nature scene, a bright sunrise with hands holding a glass of water, and an image of a child picking up a water bottle and throwing it in the trash. Residents said they “absolutely” loved the work. One resident said, “I’m a Perth Amboy native. This mural is so beautiful! Feels so happy and uplifting.”

What made this project really special was the inclusiveness of different groups, including young people, who made it happen. Perth Amboy youth were recruited by the Recreation Department to volunteer to adopt the catch basins and keep them clean. Production and installation of the murals was done with the involvement of the artists, the City Arts Council, the Department of Public Works (DPW), and the Police Department all working together to create a positive community experience. Mayor Helmin Caba said, “Thank you to everyone who worked to make the Catch Basin Mural Project a success.”

In Perth Amboy, innovative arts projects are possible to execute because we have the governmental pieces in place to support the projects. We created an Arts Council, a Mural Ordinance, and a Mural Application process. We invested in creative placemaking and recruited, organized, and educated artists and stakeholders throughout the community on how the city was planning to use arts and culture for economic and community development.

Here are some tips on how to produce a successful catch basin mural project in your city: 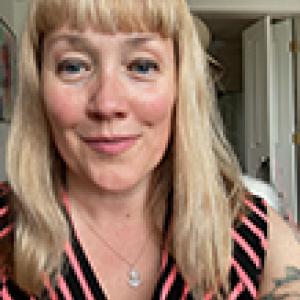