First off, I have been attending National Arts Advocacy Day since 1996.  To say this was the best one yet really means something considering I've heard amazing Nancy Hanks lectures by Wendy Wasserstein, Kevin Spacey, Frank Rich, Ken Burns, and Wynton Marsalis, to name a few. New Jersey had an amazing group of arts advocates attending this year including representatives from the Arts Access Program at Matheny School, Glasstown Arts District, Union County Performing Arts Center, Nai-Ni Chan Dance Company, McCarter Theatre Center, Crossroads Theater, Perkins Center for the Arts, Newark Arts Council, Shakespeare Theatre of NJ, Monmouth Arts, and students from Rider,Drexel, Townson Universities, and the University of Maryland.  Sunday and Monday were spent immersed in data and collaborative meetings with Emerging Arts Leaders and the State Arts Action Network of Americans for the Arts, the primary program sponsor and coordinator. Monday night's 2013 Nancy Hanks lecture by Yo-Yo Ma, "Art for Life's Sake," was likely the most inspiring I've heard and so truly relevant to our current place in civilization.  Yo-Yo spoke of the "edge effect" at the intersection of life forms, human interaction, society, and even music. 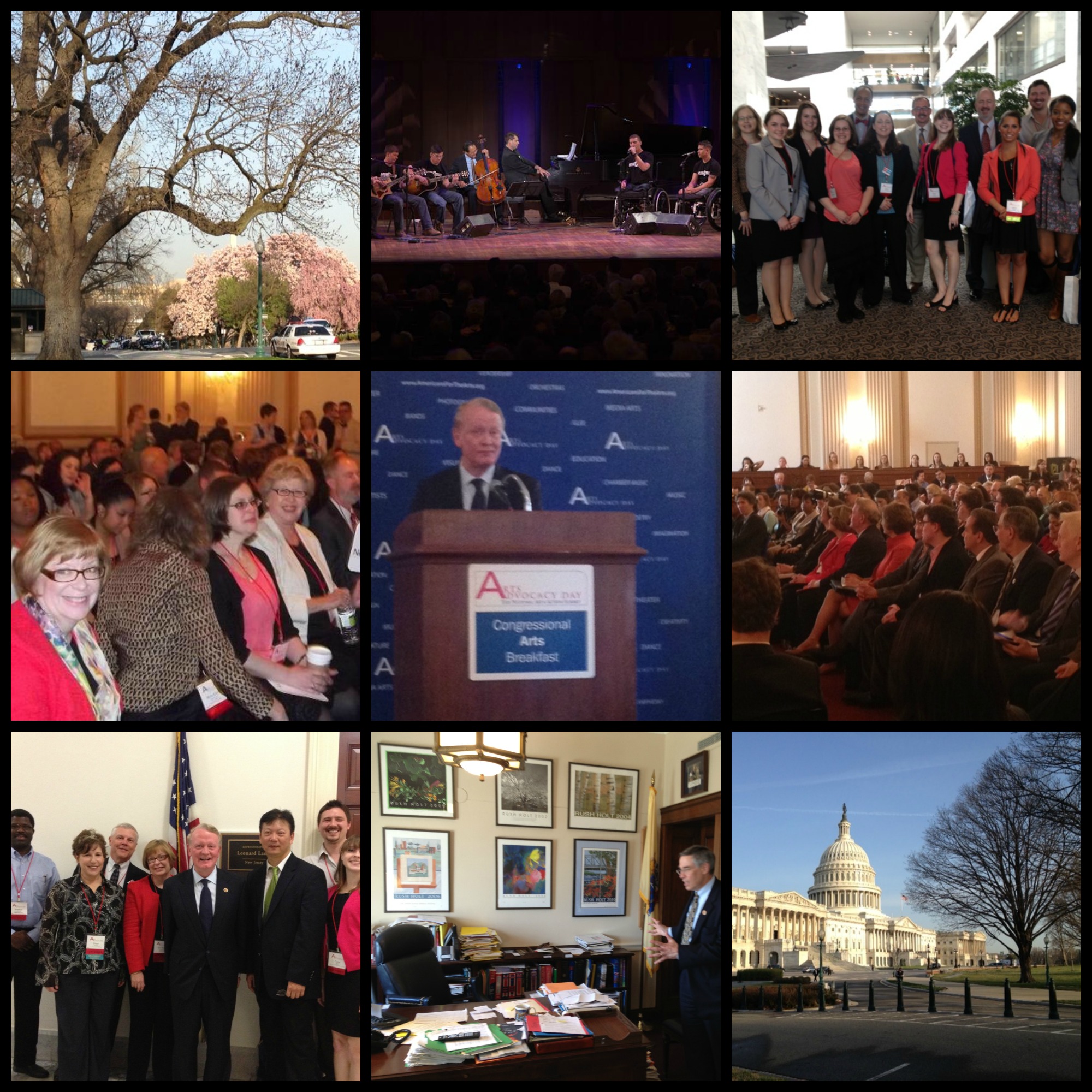 Specifically, he cited the potential of the place where society's engines of politics, the economy and culture intersect.  Knowledge serves as the fuel for these engines powering a vibrant society and at the intersection where there is less structure, more varied backgrounds, and diversity, the  possibilities are the most lively and endless. Please watch and listen to Yo-Yo's remarks online because his soft spoken lecture offers incredible live multimedia examples that are profound and prove the point so much better than I could note briefly and beyond any Power Point presentation I've ever witnessed. The Congressional Arts Breakfast on Tuesday morning was a true high point for New Jersey where the new Co-Chair of the Congressional Arts Caucus, Rep. Leonard Lance, highlighted our state's incredible arts community including the Newark Museum, the NJ Council on the Humanities and McCarter Theatre Center.  To say we were proud is an understatement, and Congressman Lance will easily be a model for true bipartisanship in this new leadership role. Tuesday's Hill visits started in Senator Menendez's office where the full NJ delegation met with legislative aides, posed for our group pic and then went off to the House side of the Hill where small groups met in all 12 NJ congressional districts.  Lots of success stories reported back, including our own mini versions of the "edge effect" described so eloquently by Yo-Yo Ma, and lots of recruitment for the new STEAM Congressional Caucus.  Please know that you were represented well in DC, and now we're on to organizing Arts Day in Trenton on May 2.  Get involved!  Advocacy is a year long activity. Register for Arts Day. Email Congress in support of federal dollars for the arts, and join ArtPride to be smack in the middle of "the edge."