If you have enjoyed a cultural experience in New Jersey, chances are volunteers helped to make it happen. Across the country, however, volunteerism is down. According to a December 2021 Gallup Poll of 811 adults, the percentage who reported time spent volunteering fell to 56 percent, continuing a downward trend from 65 percent in 2013 to 64 percent in 2017.

From ushers to docents to studio assistants, the decline in helping hands is placing a strain on already-stretched organizations. The impact is felt in arts and culture organizations of every size.

At the New Jersey Performing Arts Center (NJPAC) in Newark on Mother’s Day, an usher for the Alvin Ailey matinee concurred. “I’m a paid usher,” she said. “However, we definitely have had fewer volunteers come back since COVID.”

Dorrie Papademetriou, Founder and Executive Director of Mud Girls Studios in Atlantic City said, “we have seen a decline in our volunteers. As expected, they were reluctant to come into the studio.” Papademetriou runs a program that empowers disadvantaged women through job and skills training in pottery and clay arts. “Many jobs that were done by volunteers are now being done by our team, stressing our workload during already difficult times.”

Passage Theatre Company in Trenton would typically book 3-4 volunteers for each of its performances. “We’ve noticed a steep decline in volunteers. We had approximately two dozen regular volunteers pre-COVID”, said Brishen Miller, Managing Director. Now that number is less than half. “We have gotten new people, which is great, but many haven’t been back. When we put out open calls for volunteers, the response just isn’t as strong as it was before,” he continued. Volunteers provided significant support for the theatre company’s performances by serving concessions, attending the Will Call Table, and ushering patrons. A new task, checking COVID vaccination status at the door, places an increased logistical burden on the Front- of-House team. The combination of fewer volunteers and more tasks involved in running a production has been difficult for the program’s small staff.

Montclair Film, now going into its 11th year, hosts an annual Film Festival as well as screenings and education events throughout the year. According to Jill Montague, Marketing Director of Montclair Film, keeping volunteers connected and engaged has been unusually tough. “We have a lot of extremely loyal volunteers,” said Montague, who managed the volunteers before taking on the Marketing role in 2021. “During the pandemic, unfortunately, we didn’t have as many things for them to do,” she explained. The staff was also mindful of the risk of COVID spread, and tried not to bring too many people together to keep everyone safe. In the past, volunteers were assigned to roles in every corner of the organization.

Montclair Film typically engages between 200– 250 volunteers who work over the course of the year. “For instance, in 2019, we engaged 240 individual volunteers. In 2021, it was down to 143,“ said Montague. She hopes to engage more volunteers as the organization plans for its Summer Film Series and Summer Academy.

One of the benefits nonprofit organizations offer is the opportunity for deep and meaningful engagement through volunteerism. Volunteers play a critical and important role in supporting the nonprofits’ missions and making programs accessible. If you are looking for a way to support local arts organizations as they regain their footing, consider rolling up your sleeves and offering to volunteer. The experience is rewarding and can offer a sense of community after so much isolation. Many organizations have adapted how they work to accommodate those feeling shy about returning to big crowds. They will be very happy to see you. 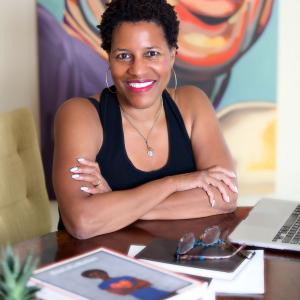 Lynne Toye is the inaugural Executive Director of the New Jersey Arts and Culture Renewal Fund. She travels up and down the Garden State Parkway and New Jersey Turnpike to take in arts and culture all over the state. Ms. Toye has decades of experience as a senior arts administrator and has consistently volunteered her time to support community arts organizations in her community.