I was looking for inspiration...the National Arts Marketing Project Conference was it! An experience that was perfectly timed for the moment. I am in the process of revamping the art series that I present, ArtSpeaks and ArtsTechNJ, and working on two larger initiatives: the creation of a festival managers association and a plan for a local performing arts center. Through ArtPride's support of New Jersey Emerging Arts Leaders, this opportunity to build and engage with arts marketing leaders throughout the country was made possible. The conference featured exciting speakers, including Steve Stoute of Translation who spoke on marketing campaigns that included the Made in America festival series that widened the appeal of Budweiser and the State Farm partnership campaign with the NBA that focused on "connections and assists" to attract young college graduates, a key segment they were losing over time. Elizabeth Streb, a pioneer of "Extreme Action" dance, emphasized the importance of interruption; and Sha Hwang an artist/data engineer creates jewelry that reflects ones travels by connecting GPS coordinates! From these speakers, I was inspired to explore the potential connections between arts and sports, to embrace interruption, find ways to fly and visualize data in wearable ways! (Check out Sha's full closing keynote here.) Panels explored the usual marketing topics (social media, data analytics, outreach and audience experience) but went beyond and including really cool things like:

Inspirations that are wearable –

Google Glass has a lot of potential, in terms of how it can enhance an experience. Imagine an experience in which you go to a play and you can choose the camera and commentary to see, whether it's backstage, on stage, or an aerial view. Envision the potential of Google Glass and other wearable tech in terms of assistive technology, improving the experience for audiences with disabilities. A play that is touring multiple locations can have a sign language interpretation happen at one location then be presented at future presentations as the viewers view the recording alongside the live performance. I look forward to having a future ArtsTechNJ series on this idea of experiences through the eyes of Google Glass and wearable technology.

Inspirations that are easy to relate to -

The concept of a partnership between Zipcar and a local theater: short plays in a car that would be participatory, two to three minutes long. It was called the "break-up series." You would get in the car and the actor/actress would dump you...an experience most people can relate to. I would love to see something similar to this happen at this year's Art All Night.

Inspirations that connect arts and sports -

A featured minute-long video highlighting Atlanta's art scene played at halftime of a sports game, fully funded by Chick-fil-A. I would love to see the Trenton arts scene highlighted this way at a Trenton Thunder or Trenton Freedom game! And the campaign between State Farm and NBA—imagine if an arts organization was in State Farm's position. In addition to these inspirations there was one-on-one coaching, karaoke and dancing! 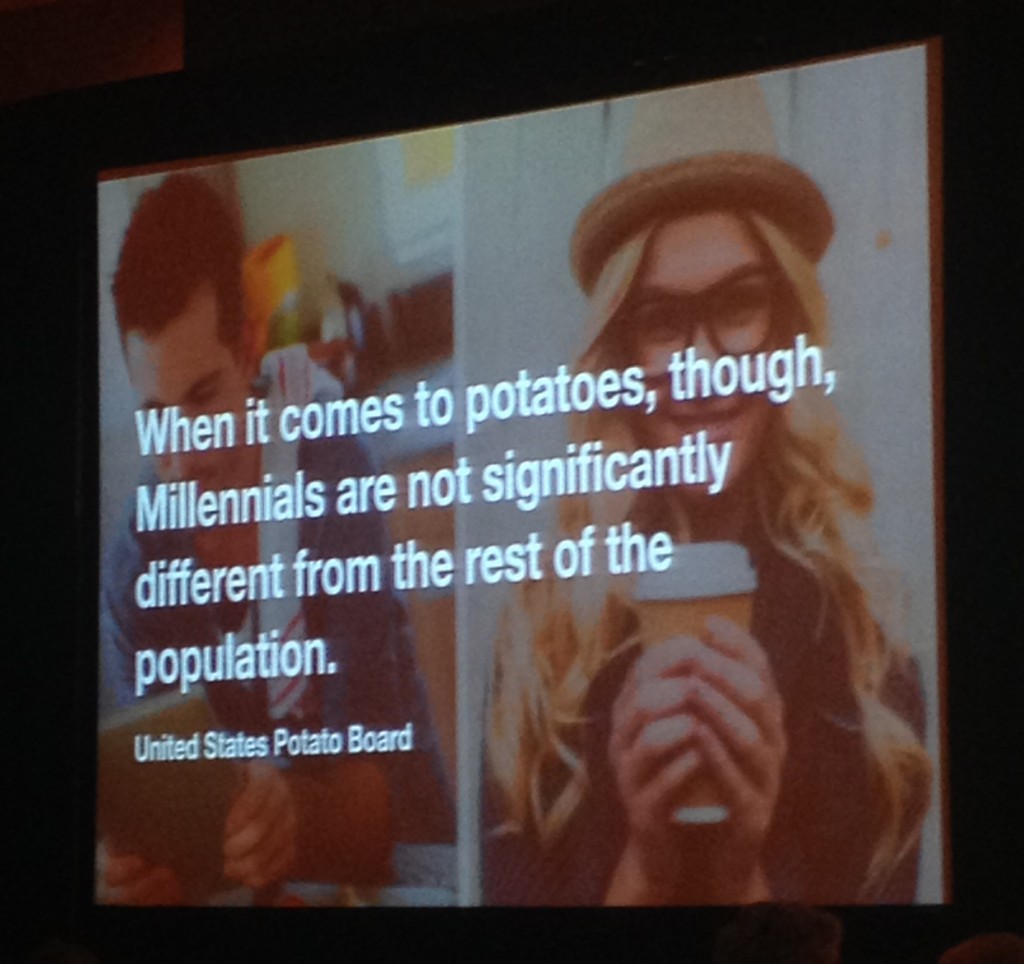 On pricing and the arts: I was inspired to bundle my arts programming series and reframe the pricing structure. I also learned subtle ways to instill value. For instance, if you have a suggested donation, you should also have a pay- because-you-can price—higher than regular price—to encourage people to give more if they are able and feel the value of your work. On arts and sports: Team up with sports teams in creative ways. Remember the fan base of sports players and artists and how that can be leveraged. The same goes for sponsors. Get creative with it! On experience: Make it memorable! Make it unconventional! The break-up series is a great example of this. Perform plays in homes, host dances on box trucks! I absolutely loved the idea of DanceTruck. Imagine an audience in movement! I am already dreaming up ways I can incorporate this into the series I present. And finally, on Millennials:

Thank you again, ArtPrideNJ, for helping emerging leaders like me gain new insights and new friends.

Marisa manages Dodge's grantmaking systems and works to ensure systems meet the needs of grantees, applicants, and staff. She began her career in grantmaking as a cultural program specialist for the U.S. Department of State, and for the past 10 years has developed systems to enhance program operations for the International Internship Program at Princeton University. She holds a Master of Science in Arts Administration from Drexel University and a Bachelor of Arts in Diplomacy and International Relations from Seton Hall University.