10 Hairy Legs, the New Jersey-based dance company for whom I am the founding Executive Director, is headed to The Kentucky Governor’s School for the Arts (KYGSA) in July 2019 as a guest artist for Musical Theatre and Dance and to perform for their student body.

In March 2017, I headed down to Washington, D.C. as a N.J. delegate with ArtPride to the National Arts Advocacy conference, my first. I was fired up, as once again the National Endowment for the Arts had become a political football and was on the federal budget chopping block. I had a hard time keeping up with the other more experienced and intrepid souls. I was very proud of the esteem in which our delegation was held, and we were well trained and organized. Our efforts were not in vain, as we met with our legislators and, yes, funding was restored. We could rest… for a little while.

I also attended several conference sessions at the Shoreham Hotel, thrilled at being in an energized space with fierce arts advocates from around the country. During a brief pit stop at the hotel, I noticed a young woman and could not stop myself from asking her, “You’re a dancer, aren’t you?” A dancer can always tell when someone else is a dancer – there’s something in the way a dancer holds him/herself, a carriage, a “look”– an inherent ability to gracefully navigate seemingly random walking patterns in crowds with ease.

She was indeed, and introduced herself as Erin Quinlan, Sr. Manager at KYGSA. Cards were exchanged, and she revealed that she had heard of the good work the company is doing in the field. Dance education is an extremely important part of our mission and vision – we cultivate the next generation of dance audience/artists/board members/patrons – and I was excited to learn of the program at KGSA and ponder the potential for partnering with them.

Back in N.J., I felt a great sense of accomplishment and of course, got right back to work. I dropped a note to Erin, telling her how great it was to meet her, added her to our contact list, invited her to our performances, and researched further about KYGSA. I also became more politically active in general.

Fast forward to January 2019, following extensive expansion of 10HL’s footprint on tour nationally. In my inbox was an email from KGSA Director Nick Covault inquiring if 10HL might be interested in working with their students this summer.

And off we go, to inspire 250 talented and motivated budding performing artists (and perhaps dance audience/artists/board members/patrons)!

15,000+ steps a day in D.C., eight hours of driving to and from the conference, reinvigorated respect for my colleagues, funding restored, and a great gig for 10 Hairy Legs! 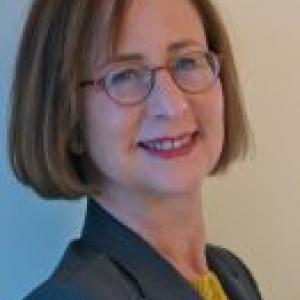 Elizabeth Shaff Sobo is a fundraising and vision-planning professional with more than 30 years of experience working in the not-for-profit and public sectors. Betsy is a passionate believer that the arts are integral to our lives, and can be a transformative force for communities when managed organically as a response to need and opportunity. She served as Director of Development at Two River Theater Company in Red Bank, NJ, and held positions in arts education, fundraising and marketing at The State Theatre Regional Arts Center at New Brunswick (NJ), American Repertory Ballet, New Jersey