ArtPride New Jersey Filled with new facts and figures about how the arts boost the economy, and a burning desire to share stories of how art makes a difference in our lives, 37 New Jersey arts advocates made the trip to the nation’s capital to remind members of the U.S. Congress that eliminating our cultural agencies is unacceptable. Four members of the Educational Theatre Association’s N.J. Thespians, shepherded by Jason Wylie, and Madelyn Rupprecht, a sophomore at Montclair State University, joined representatives from all 12 N.J. congressional districts for National Arts Advocacy Day in Washington, D.C. on March 12 & 13.

A highlight of the kick-off breakfast on Tuesday, March 13, was applauding Rep. Leonard Lance (R-Dist.7), Chair of the Congressional Arts Caucus, as he proudly accepted the Congressional Arts Leadership Award from Bob Lynch, President & CEO of Americans for the Arts. Following a quick photo with Rep. Lance, we met with Senators Cory Booker and Robert Menendez in the Foreign Relations conference room at the Dirksen Senate Office Building. Senator Booker took selfies with all members of the N.J. delegation, which was a great way for him to learn quickly where each of us live and work in the Garden State.

Both Senators were eloquent in their support for our cultural agencies and strong federal support. They recounted the many times the arts offered ways to memorialize, heal, and celebrate life. Senator Booker told us how his mom was involved in a theatre production at her senior living facility in Las Vegas and how proud he was of her and how much joy her participation brought to both of them. As we walked past the U.S. Capitol to the House of Representatives office buildings, we passed something colorful happening with a small crowd on the lawn. An activist group, Avaaz, installed 7,000 pairs of children’s shoes to represent the 7,000 children who have been killed by gun violence since the Sandy Hook tragedy. The assemblage was especially touching as we watched a toddler walk among the shoes and examine them, completely unaware of their sobering significance.

Our large delegation broke up into small groups of about three and four to meet with the staff of all 12 N.J. members of the U.S. House of Representatives. Discussions touched on the need for restoration and support for the cultural agencies ($155 million for the NEA and NEH) that were once again proposed for elimination by the President in the FY 2019 budget (the second year in a row). Other action items included funding for the Assistance for Arts Education program in the U.S. Department of Education, which funds multi-year projects for children and youth, with special emphasis on serving students from low-income families and students with disabilities. Advocates also discussed enactment of the universal charitable deduction to reinstate and expand incentives for charitable giving. Our meetings were brief, but it was comforting to note that most aides were already familiar with the issues we brought to their attention, and in many cases, their members had already signed on to “Dear Colleague” letters that expressed their support. In fact, eight of the 12 N.J. congressional representatives signed on to letters of support with 158 of their colleagues across the nation—a new record! The job continues back home in New Jersey. Follow up with legislative aides and members of congress will be ongoing, as the budget season will not wrap up until at least September 30. ArtPride will be looking to connect with arts advocates throughout the coming months to hold meetings in each congressional district. In the meantime, we urge you to check and see if a town hall is imminent in your district and consider attending to ask about support for arts and culture. Also, if you’ve not already contacted YOUR member of congress, be sure to do so! You can email them directly at the link on ArtPride NJ’s home page under “Action Alert.” Please do your part to remind our elected officials that YOU support the arts AND you VOTE! 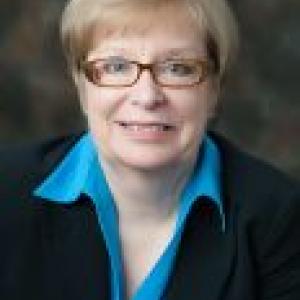