In honor of the 50th anniversary of the groundbreaking Cold War Glassboro Summit between then Soviet Premier Alexei Kosygin and President Lyndon B. Johnson, the Rowan University Department of Theatre and Dance has been commissioned to create a live, family-friendly public performance on June 24, 2017. The event will occur in front of the Hollybush Mansion on Rowan’s main campus in Glassboro, where crowds gathered a half decade ago to glimpse the two world leaders and their entourages. The Glassboro Summit made global headlines as an initial good faith effort to build trust between two superpowers on the brink of war. Although reports of the day hypothesized that the summit would have less than a 20 percent chance of a positive outcome, the two-day conversation is ultimately credited as the first thaw in the Cold War.

Given the task to educate and entertain visitors to the historic site, the theatre and dance faculty have devised a highly interactive, innovative, game-based performance designed to engage audience members in a constructed debate of the primary issues under consideration during the 1967 summit, including:  establishing the general terms of on-going communication, nuclear arms reduction, joint cooperation on ending the Vietnam War, and avoiding a brewing Arab-Israeli war. Student actors well-versed in the social, political, and historic context of the summit will entice teams of participants to negotiate within a highly regulated and theatrical set of ground rules.

Associate Dean of the College of Performing Arts at Rowan, Melanie Stewart, and the current Chair of the Department of Theatre and Dance, Elisabeth Hostetter, co-direct the production, which was written and structured by local playwright Brian Grace-Duff. Current theatre majors Charles Barney, Shannon Harkins, Molly Jo Gifford, Robert Mora, and Kylie Westerbeck will artfully guide volunteer groups representing the interests of the U.S., the Soviet Union, and selected allied nations. The performance is part of a series of special events and presentations taking place in 2017 at Rowan University commemorating the historic summit. For more information, contact Dennis Dougherty at Doughertyde@rowan.edu. 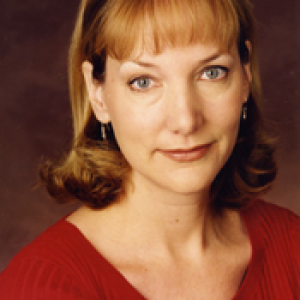 Elisabeth Hostetter, PhD, is the current chair and a professor in the Department of Theatre and Dance at Rowan University. She teaches theatre history, dramatic literature, and acting for non-majors, and occasionally directs for the mainstage Rowan season. Edwin Mellen Press published her first book, The Berlin State Theater Under the Nazi Regime, in 2004. She is currently working on co-writing her second book on the life and work of American theatrical designer, Robert Edmund Jones.